Perhaps you’ve heard about WooConf and are wondering if it’s worth investing the time and resources to attend. Fair question!

Developers aren’t famous for enjoying marketing pitches, but we wanted to summarize what you can expect to learn at WooConf this year. Here are six of the best reasons to head to Austin this April.

1. Get the scoop on the future of WooCommerce

It’s been a pretty fast-paced six months in the world of Woo, and you might be wondering about the lay of the land and what’s on the horizon.

Joel Bronkowski, head of WooCommerce Partnerships, will kick off WooConf with the traditional State of the Woo. Below is WooThemes founder Mark Forrester’s State of the Woo from WooConf 2014:

Shortly after Joel, Matt Mullenweg will be sharing thoughts on the future of WordPress eCommerce, and later on day 1 Patrick Rauland will dive into the future of eCommerce development.

The WooCommerce developer panel on day 2 promises to be a lively chat led by the veritable our most excellent master of ceremonies. It will include a couple of our core developers and we’ll be taking questions in advance via Twitter.

Rumor has it that there will be a pretty exciting WooCommerce product announcement (with demo) during the course of WooConf, an exclusive treat for our attendees!

2. Learn to master scaling WooCommerce from people who’ve done it

A widely held misbelief about WooCommerce is that it doesn’t scale. It actually just boils down to going about it the right way – and this year at WooConf, this frequently asked question will be thoroughly addressed by two experienced developers.

Chris Lema will let us in on a story of selling an insane amount of lipstick with WooCommerce and Patrick Garman will take a technical dive into how to properly scale a site that gets 1000’s of orders per minute.

3. Hear about migrating your site (and switching servers) the right way

If you’re looking to convince clients to switch to WooCommerce, you’ll need to know how to successfully and securely migrate stores (and big ones).

Lukas Jacob Hafner will present how his company booncon PIXELS migrated a custom built web-store with around 32,000 product variants in two languages to WooCommerce with detail about internationalization, writing custom migration scripts, and touching on the WooCommerce REST API and custom prices.

If your clients’ businesses grow, sooner or later you will have to migrate to a different server. Hristo Pandjarov from Siteground will share practical advice and advanced tips on how to migrate your WooCommerce the right way.

4. Bolster your knowledge about security and payments

Security is a key consideration for clients, and our three security focused talks this year will ensure you remain on top of trends and best practices when it comes to securing WooCommerce.

Tony Perez, CEO and Co-Founder of Sucuri, attended WooConf 2014 – read his thoughts about it – and we’re excited to have him join us as a speaker this time around.

Rahul Despande of MasterCard and Lee Blue will cover PCI compliance and security with payments and PayPal Braintree‘s GM and CTO, Juan Benitez will be joining us at WooConf this year to talk about the future of payments on mobile and beyond.

5. Get inspired by creative applications and use cases of the API

A number of our developer track talks will explore creative applications for WooCommerce. Kenn Kelly will explain why WooCommerce is not only a shopping cart, and demonstrate how it can be used for innovation and thinking sideways.

Bryce Adams, an Automattic code wrangler, will take us through some creative uses of the WooCommerce API via examples of WooCommerce in the physical world.

Bob Dunn (who led a workshop at WooConf 2014) will explain exactly how to build an online training business with WooCommerce, sharing his advice on which extensions to use and more.

And, Prospress’ own Brent Shepherd, creator of WooCommerce Subscriptions, will share 21 things you didn’t know you you could do with subscriptions. We’re pleased as punch that the whole Prospress team will be joining us for WooConf once again. 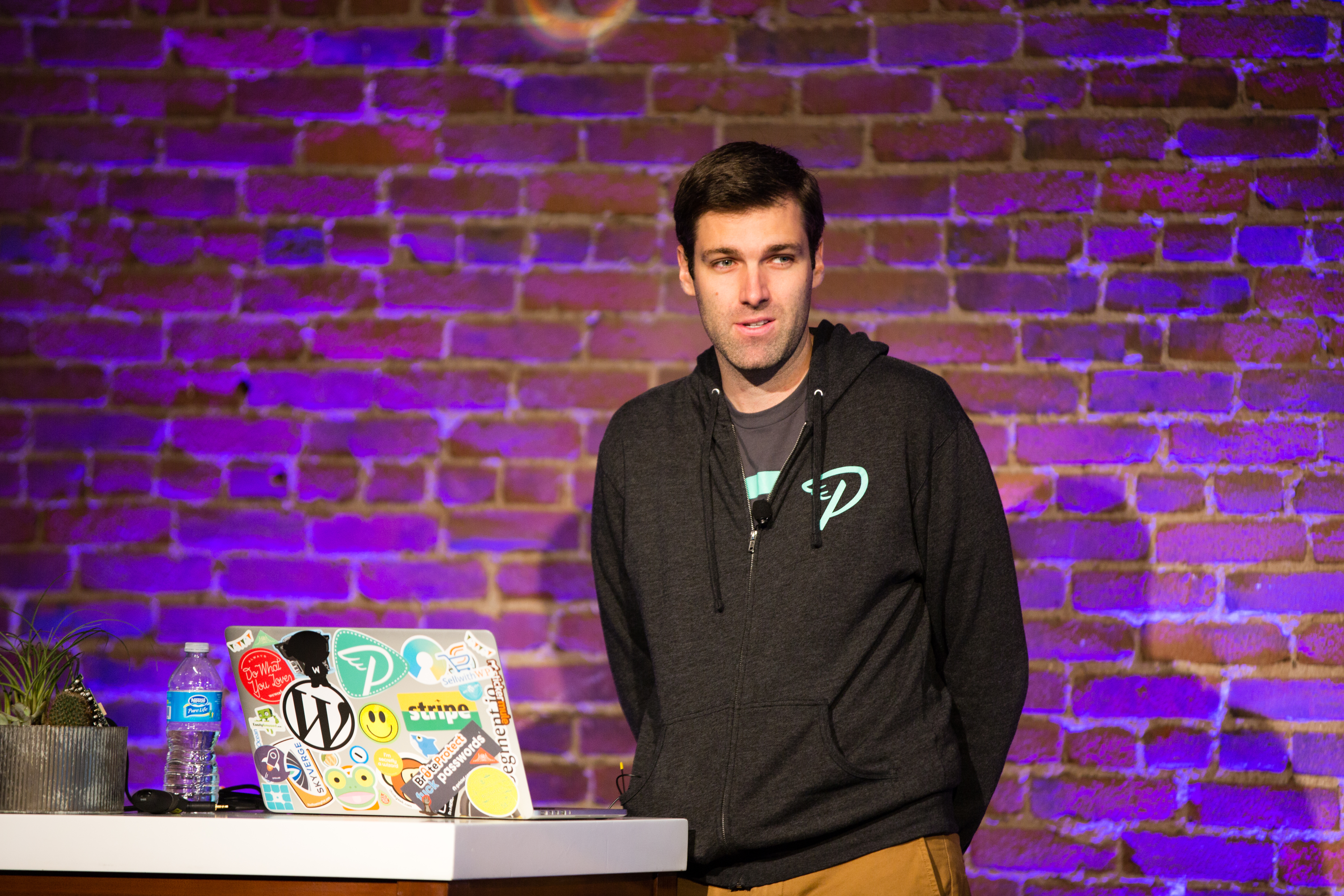 Possibly the greatest benefit of all from attending WooConf will be the connections formed. Throughout the two days (and at the networking lunch on Friday) there will be ample time to connect, ask questions and share stories with others who are building business on WooCommerce.

There is no other event that provides this kind of access to fellow developers, stakeholders, WooNinjas and store owners.

Take a look at the full agenda here and if you have any questions, reach out to us on hello@wooconf.com. 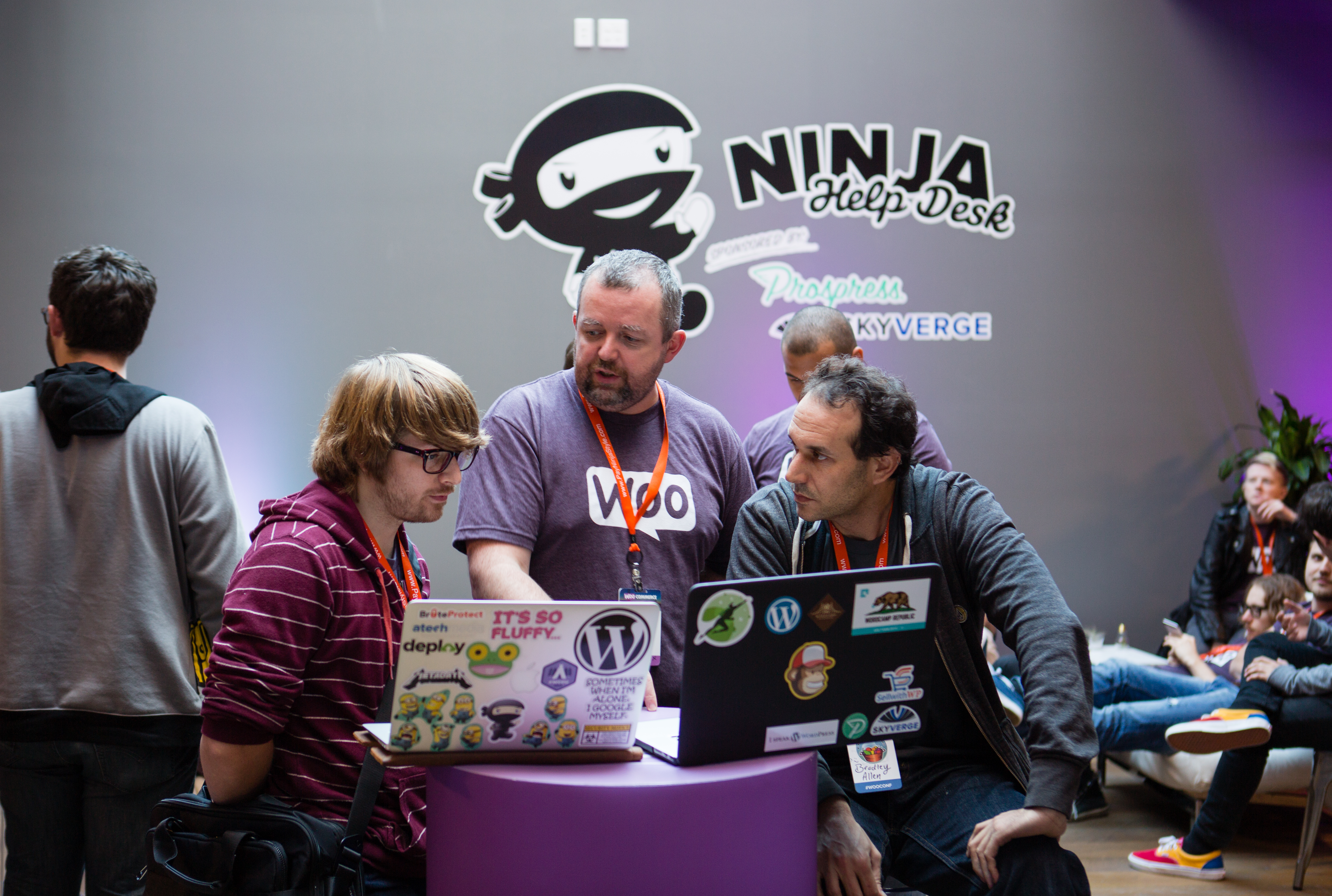 We’re grateful to many of our WooCommerce partners who’ve come aboard as WooConf sponsors, particularly MasterCard, PayPal, ShipStation and Heartland. We couldn’t pull off this premium event with out.